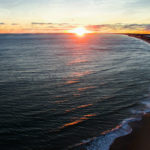 Often referred to just as Napatree, Napatree Point is located in Rhode Island. It is a long, narrow, sandy spit which was formed by a geological process known as longshore drift, which is a process in which sediments of shingle, silt, sand, and clay is transported along the coast and forms a bank parallel to the […] 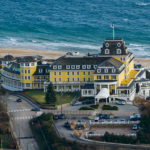 If you’re looking for an elegant and comfortable place to stay during your visit to Rhode Island’s Westerly, there’s nowhere quite as inviting as Ocean House. Located in scenic Watch Hill, the historic resort has been opening its doors to guests for more than a century. Ocean House combines a rich heritage with unrivaled luxury and a supremely individualized service. As well as […] 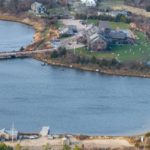 Set Weekapaug Inn as your Westerly destination for accommodation and you won’t be disappointed, in fact, you’ll be very impressed. First of all, you have the convenience factor. The inn is just four miles from the Westerly airport and just a short drive from New York or Boston. But convenience is not the Weekapaug’s only advantage. You can also […]

Rhode Island’s Misquamicut State Beach’s history stretches back only a little over fifty years. Though the beach was officially opened in 1959, the recreational beach scene dates back to the early 1900s when small business owners and private homeowners erected beach houses and several small hotels, such as the Pleasant View House, the Wigwam, and the Atlantic View House. […] 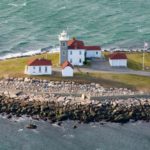 You’ll find Watch Hill at Rhode Island’s most southwestern point. The area also has a small peninsula called Napatree Point. This affluent coastal village gained popularity as an exclusive summer resort during the late 19th and early 20th century. Since then, families have built numerous cottages along the coast. Watch Hill has a convenient location, […]